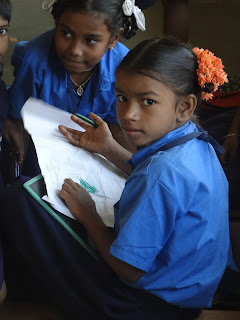 Safer Schools are one of the top ten ways to ensure that National Disaster Management Plan (NDMP) launched in June 2016 achieves success in making India reduce risk and build resilience.

The "National School Safety Programme (NSSP)—A Demonstration Project" approved by Government of India in June, 2011 with a total cost outlay of Rs. 48.47 Crore was a 100% Centrally Sponsored Demonstrative Project. It was implemented by National Disaster Management Authority (NDMA) in collaboration with the Ministry of Human Resource Development (MHRD) and in partnership with the State and UT Governments within an initial time frame of 24 months.

NSSP was a holistic project to promote the culture of Safety in Schools and is covered 200 schools in each of the selected 43 districts spread over 22 States/UTs of the country falling in seismic zone IV & V.

The highlights of the NSSP:
•  NSSP was designed to cover both the Stru
cultural and Non-Structural measures, especially to reduce the risk from Earth Quake and Fire
Hazards in the School.

•  Since its inception, NSSP built a good partnership between Local Governments and Civil Society.
•  Appropriate and innovative approaches were undertaken in this process.
•  The ICT/IEC tools were developed at National Level and shared among the implementing partners
to outreach the targeted schools and school students.
•   NSSP initiated mainstreaming the process with Ministry of Human Resources Development and
Education Departments at National and State level respectively.
•   The NSSP focused on Development of School DM Plan, DM kit for each of the selected schools,
Training of schools staffs, trainers and engineers in various aspect of school safety. Mock drills are      regular affair and developing a training manual for teachers and management and students is a
way  ahead.

The communication tools were developed at the National Level embedding all the best practices and products collected from a varied number of expert agencies/organisations and shared among the implementing partners to outreach the targeted schools and school students.

The partnership needs to be built up or further strengthened with the Ministry of Human Resources and Education Departments, those who can really make some differences in terms of structural, non-structural measures and behaviour change among the students and the peers and it has happened in a few states.

The experience of those states may be replicated among others and convince them to take lead for Safer Schools, while investing for the infrastructural development and innovative methods of pedagogy. This is because, in our country, if we are trying to cover the most vulnerable schools then it can be only those schools in rural areas having minimum or no infrastructural facilities and being covered under various National/State programmes of Education Department for their improvements.

The number of such schools in rural India is very high as compared to the public schools in urban areas having good infrastructural facilities and strong awareness on Safety Measures.

A time has came to mount a national effort for making schools safe and secure in India.