Why DDMP should be Child Centric? —Ten Reasons

District Disaster Management Plans (DDMPs) are important policy instruments that help in disaster governance at the sub-national and local level in India. Mandated by the Disaster Management Act of 2005, these DDMPs have become increasingly central in guiding administration's response to a disaster or emergency. The following ten points capture the importance of having child-centric DDMPs: 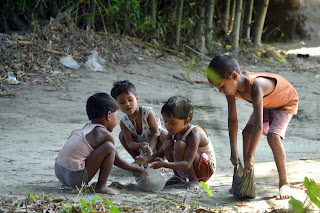 All the aforementioned reasons have enhanced the exposure and vulnerability of children in South Asia to multiple disaster risks. Therefore, the district disaster management plans (DDMPs) of the region should be child centric to protect the children against such risks.